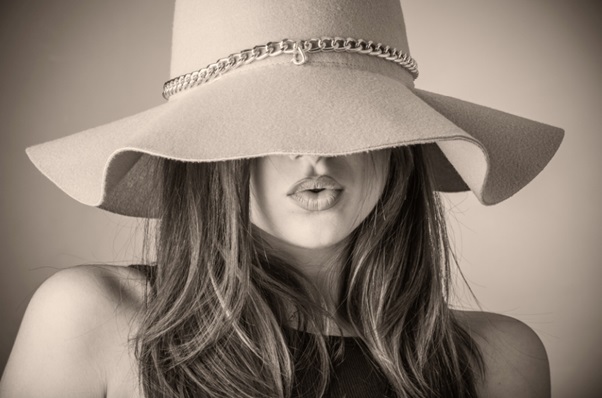 We love to wear hats. Some hats, such as hard hats in construction zones, serve a crucial safety purpose. But it seems that most hats are either symbolic or for fashion.

Either way, wearing a hat means something and always has. Bishop’s headpieces, sailor uniforms, and chefs come to mind. Today we’re going to examine the history that revolves around women’s hats and headwear.

Clothing history tells us a lot about culture and human behavior. Read ahead to take a closer look at the history of women’s hats.

Some people might be wondering, what kind of hats should a woman wear?

Easy. She should wear whatever she pleases.

However, we can see that in many societies women haven’t always had that freedom.

The Dawn of Hat Wearing

The earliest hat ever discovered was found in Europe and dates to about 3250 BC. It was a bearskin cap with a chinstrap frozen to the head of a man.

However, it’s clear that people were wearing hats long before that. In fact, what is perhaps the earliest depiction of a ‘hat’ is a limestone figurine made about 30,000 years ago.

The “Venus of Wallendorf” depicts a woman wearing what appears to be a headdress. Scientists believe she represents fertility.

From Hunter-Gatherers to Castle Halls

It took some time before hats would be anything more than just a simple piece of animal hides and cloth.

The ladies of the courts were depicted as wearing very stylish hats with wide brims and other hair accessories. Generally, the higher your status, the more decorative your hat.

From Flashy to Classy

As the years went by and the world became more connected, the art of fashion became more accessible. Finally, you had people designing clothes for style rather than strictly for status and/or modesty.

A milliner is a person who designs and makes women’s hats. The word derives from the city of Milan, where the European fashion revolution was booming.

Once the art of designing and wearing hats went mainstream, we begin to see an exponential number of styles and trends.

Still, some people like to have fun with the big hats. At the Kentucky Derby, it is the custom to don ornate hats from this time period.

Fortunately, the history of clothing for girls is a thing of the past. The ‘rules’ surrounding women’s hats no longer apply.

Women’s hats can be anything, including baseball caps, cowboy hats, and fedoras.

Exploring the Annals of Clothing History

Clothing throughout history has always been an interesting concept. The outfits of many important figures might seem silly today.

Knowing clothing history helps us understand how we got where we are today.

Visit our website for more articles from our fashion blog.

What Are The Different Types Of Wedding Rings

What to Consider When Buying Jewelry Online