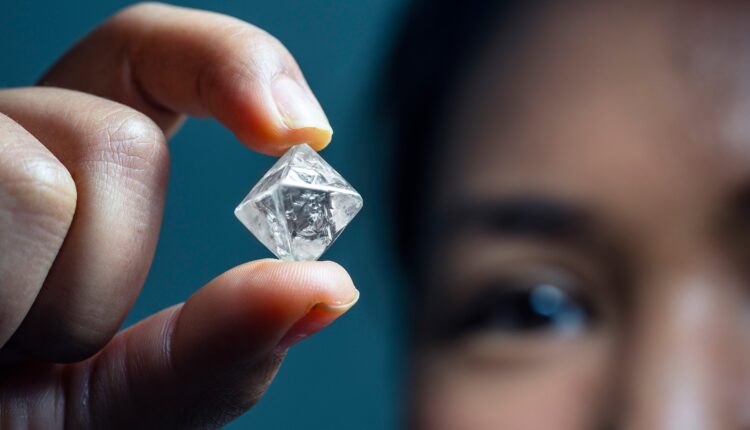 Diamonds, they say, forever. It is believed that it symbolizes love: the bigger it is, the more feelings. But how was this aura born and why, while not a rare or precious item, it could become so expensive. Many experts offer the answer: marketing.

It all started with De Beers

In 1988, Cecil Rhodes founded De Beers, a Johannesburg-based diamond mining, cutting and marketing company that launched its famous catchphrase A Diamond is Forever in 1947.

Since then, De Beers has maintained a near monopoly in its sector as it controls most of the world’s diamond production. In the 50s, from its commercial position, it created a state of artificial scarcity to control prices. Although diamonds are abundant in the mine, it keeps ‘rare’ diamonds at bay so as not to drive down the price. However, the company’s success depended not only on price, but also on necessity stemming from the belief that diamonds symbolize love.

Through various advertising campaigns of the time, they convinced men (and women) that the size of a diamond was proof of love: the bigger the diamond, the greater the love – in fact, various ‘experts’ suggested that a diamond ring commitment should be made. At least worth the equivalent of three groom’s salaries.

De Beers’ business has been one of the most profitable for a century thanks to its large reserves of rough diamonds, marketing schemes, negotiations with foreign governments, the ‘Diamonds forever’ campaign, according to the “Business Insider” newspaper. This is how people end up paying a high price for something of little value.

In the late 1990s, De Beers lost its monopoly when several mines began distributing their diamonds directly to the market thanks to the work of cutters in India. The market share of the company, owned by the Oppenheimer family, was reduced to 40%. The company was also accused of promoting exploitation in African governments for the extraction of diamonds, violating the blood diamond trafficking law and causing the civil war in Sierra Leone. Despite the criticism, no one can deny that De Beers made diamonds a symbol of love.

The modern natural diamond industry is a long way from its early days. The mining, polishing and advertising processes of natural diamonds require a lot of work and energy. They are also very expensive. The Natural Diamond Council protects the biodiversity of areas where diamonds are mined, including endangered species in Canada, Australia and Botswana. There is a technique that uses technology to absorb carbon dioxide and convert it into pure diamonds.

In addition to natural diamonds, lab grown diamonds have the same chemical makeup as natural diamonds. Most lab-grown diamonds are certified by the International Gemological Institute, which follows rigorous international standards. Natural diamonds were made naturally deep within the earth. This high-temperature process caused the carbon to atomically rearrange itself, resulting in a solid diamond. Today, it is hard to imagine seeing the absolute monopoly that De Beers demonstrated decades ago. A wide variety of diamonds can be made in the laboratory and they are very difficult to distinguish from the ones mined from nature. Situations have changed and although natural diamonds still have their own market, the prices for natural diamonds will not be as spectacular as they were a few decades ago. People from all walks of life have the opportunity to buy diamonds even if they are artificial diamonds.

Finding the piece of natural diamond jewelry can become quite a challenge, but without a doubt, when you find that piece that you are looking for, it remains a detail for a lifetime.

How a lab diamond is created

A lab diamond is made, as you would expect in a lab. The properties of a natural diamond are very similar to those of a lab-grown diamond, differing only in the method of production. Although people do not generally accept lab-grown diamonds as natural, some have come to appreciate their unique characteristics.

A lab-grown diamond will meet all four criteria used to evaluate a diamond, which are hardness, chemical inertness, high brilliance, and beauty. During the forming process, a graphite sample is taken and heated in a high-temperature environment. Different metals are then added to the carbon to aid in its vaporization. The converted graphite is then loaded into a crystallization mold and subjected to a high-pressure process that simulates the formation of a natural diamond. Once the diamond is created, it is cut by a lab artisan to make it a jewelry grade diamond. Lab diamonds are much cheaper than genuine natural diamonds, but have the same beauty and physical properties as a natural diamond.

There are several notable differences between a man-made diamond and a natural diamond. Natural diamonds are octahedral in shape, while lab-grown diamonds are cuboctahedron in shape. However, the shapes are not perceptible to the naked eye. The main difference between natural and lab-grown diamonds lies in the growth pattern of the crystals. Lab-grown diamonds are formed using a method known as chemical vapor deposition. There are other differences between natural and synthetic diamonds. Natural diamonds are much harder than lab-grown ones, with a Moh’s hardness of 10 points. However, synthetic diamonds are not as hard as natural ones, and their inclusions cannot be seen with the naked eye. A ranking report will tell you which is which. The Gemological Institute of America, or GIA, will mark the diamond as synthetic or natural. The hardest mineral in the world is carbon, which is the basis of diamonds. Moissanite is a synthetic substitute that ranks between 9.25 and 9.5 on the Mohs scale. Moissanite is also much more affordable than diamonds. It is also ethically produced and has the same physical properties as natural diamond.

A specialized jeweler is able to distinguish a natural diamond from a man-made or lab-created one by looking at the inclusions within the crystal. These inclusions can be detected by spectrum analysis, photoluminescence, or phosphorescence. Although these methods are not precise, they do help tell the difference between natural and lab-grown diamonds.

Gold Chain Designs That Need to Be with Every Modern Woman

5 Tips to Choose the Best Diamond Jewelry for Your Outfit

Latest Gold Earrings Design To Look Forward To In 2022