5 Surprising Reasons Why Rings Are Worn On the Left Hand 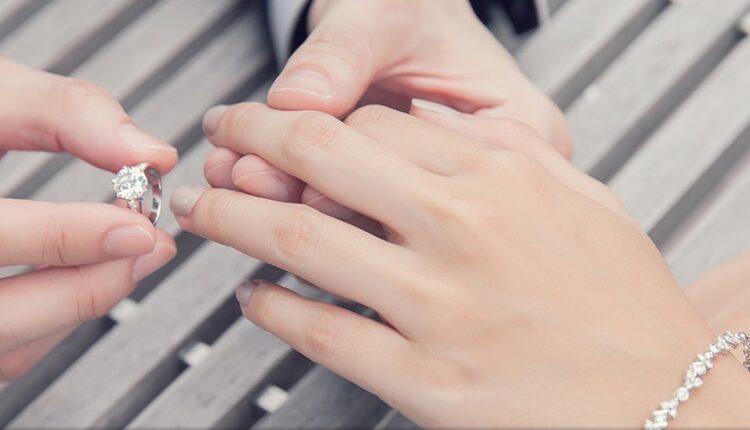 Even at a young age, if anyone asked you, “Which finger should the wedding ring be worn?” Presumably, you would have been able to easily answer the question. It is very common for people all over the world to wear their engagement ring and wedding ring on their left ring finger. But did you ever wonder why the wedding ring is adorned on the left hand? Read on to find out the surprising reason behind it.

5 Surprising Reasons Why Rings Are worn On the Left Hand are:

The Romans claimed that the veins in the ring finger on your left hand, which is the fourth finger, go straight to the heart. Because of this belief, this vein took on the name “vena amoris” which means “vein of love”. It is no surprise this belief has continued all these centuries in various cultures. This concept is immensely popular and it is difficult to tell whether it is a myth or a reality, but a lot of people abide by this ideology and like to follow it.

Modern science indicates that your fingers have vein ties to your heart. The ring finger nevertheless continues to symbolize marriage, love, and devotion. Although the first one is a more dramatic reason for wearing rings on our left side, there is also a more realistic explanation for it. Married couples also prefer to wear their bands on the left hand according to contemporary culture. Because most people are right-handed, not wearing precious jewelry on their dominant hand makes perfect sense.

In terms of being put on the less dominant hand, there is another explanation to wear rings on the left hand, which is so that they can be seen often. The right hand is used for writing or other important tasks, and it is not easy for people to see the ring on that hand and know whether or not you are engaged and married. Wearing Moissanite rings on the left hand simplifies things a little bit. The main point of all of these ideas is the age-old practice of offering an engagement ring and finally sealing the bond with a wedding ring – it is a significant symbolic act.

According to the Chinese, every finger on your left hand symbolizes a particular period of your life. They say the thumb is your parents, the index finger is your family, the middle finger is still yours, and the fourth finger is your spouse. The little finger is the picture of your potential kids. So, once you tie the bond with your future partner, you should wear the ring of your marriage on the fourth finger or the ring finger of your left hand.

Many of the Europeans, who choose to wear their Moissanite Engagement Rings on the right, always wear the ring on the left and then switch it over. This symbolizes the change from the commitment to the union. Couples of Latin America, particularly those in same-sex relationships, began to wear engagement rings on their right hands and, after their vows were taken, switched the rings to their left hand. In Germany and the Netherlands, they do the opposite — they wear engagement rings on their left hand and wedding bands on the right.

A ring is the heart of any woman and also the man. The above-mentioned reasons can justify the fact on why these rings are worn on the left hand.

Best Men’s Ties for Your Dad

How Should You Dress up For a Temp Job Interview?