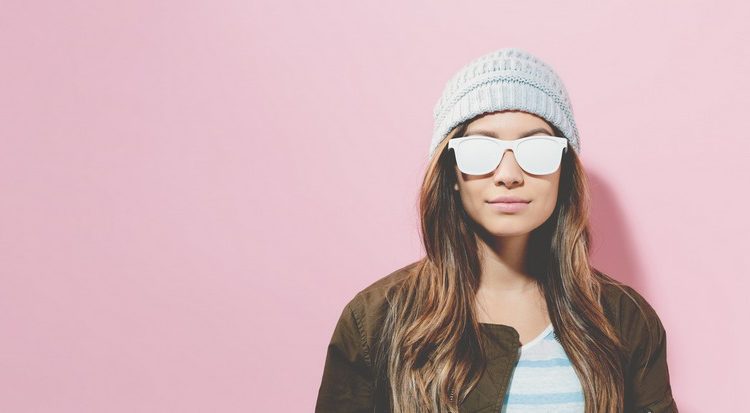 If nothing else, fashion trends give us plenty of reasons to poke around inside the brains of other people in hopes of understanding how they think. This is all virtual, of course. It is not like we are performing brain surgery on one another. With that said, let us give it a try by talking about flat-lens sunglasses.

Flat-lens sunglasses are exactly what their name implies: sunglasses with flat lenses and frames. The arms may or may not curve around, but the front side of the package is completely flat. The design certainly offers a unique look that works very well for some people.

Enough of the eyewear diagnostics. Let us get down to the psychology. Here are five reasons you might choose to wear flat-lens sunglasses:

Johnny Bravo was a Cartoon Network show that ran from 1997 through 2004. The show’s iconic hero thought himself to be quite a lady’s man. He also assumed himself rather intelligent and well versed in the ways of the world. What does he have to do with flat-lens sunglasses? They would be a perfect fit for him.

Bravo was definitely two-dimensional – and we are talking more than just artwork here. His personality was equally lacking in depth. Flat-lens sunglasses are the perfect look for Bravo because they match his person. It certainly doesn’t hurt that his rather square face and sharply defined features are a perfect fit for flat frames.

2. You Embrace Your Inner John Lennon

John Lennon may or may not have worn flat-lens sunglasses. We don’t know. But we do know that he had a fondness for those small, circular frames made famous by the legendary Ben Franklin. His lenses would have looked flat even if they were not. It turns out you can buy flat-lens sunglasses with circular frames. Olympic Eyewear is just one designer and wholesaler that sells them.

3. You Have a Square Face

They say that certain styles of sunglasses go well with certain kinds of faces. This might be just a guess, but it makes sense that flat-lens sunglasses would look darn good on a square face. It is all about perspective. Square meets flat to create two parallel planes that perfectly complement one another. It seems like it could be a match made in heaven.

One thing we can say about flat-lens sunglasses is that they look strangely odd. One glance at someone else sporting a pair and you know something is not right. You just cannot place your finger on it. That is one of the characteristics of well-done science fiction. A good sci-fi film creates an uneasiness for reasons you cannot explain. Something is just…off. Flat lenses certainly fit the bill here.

5. People Say You Are Well Rounded

You might be a great candidate for flat-lens sunglasses if people often tell you that you are well rounded. Combat that stereotype by showing them you can just as easily be flat. No doubt your look will stun. It also might encourage people to start looking at you in a whole new light. Yes, you can be a rebel. You can reject your well-rounded personality in favor of something more defined. And besides, it’s hip to be square.

Flat lenses are in right now. Whether it is because of our fascination with the 1990s or some other reason is of little consequence. What matters is that people want flat lens designs. Retailers willing to carry them should have no problem selling their stock during the 2020 summer season.

A Style Guide For Korean Fashion

Some of the Best Beauty Tips to Keep Your Skin Healthy